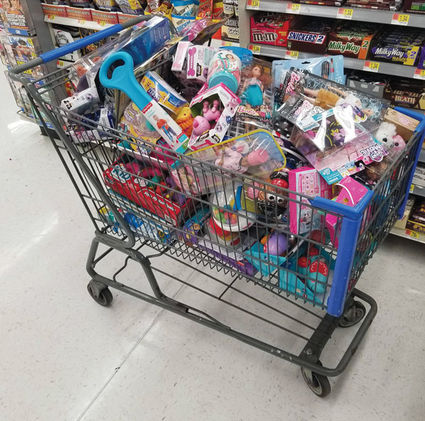 Pictured is a packed cart that was purchased with money raised for Toys for Tots. The five-day fundraiser brought in $1,400.

A Toys for Tots fundraiser conducted by the Star Theater and Whitehall High School drama students was a huge success.

The fundraiser that included four screenings of the film "Walking Out", and two high school performances of "Over the River and Through the Woods" raised a total of $1,400.

After raising $600 in 2016, theater manager Colton Anderson had hoped for $1,000 this year, and was very pleased with the response from the community.

"I was surprised and humbled by not only the amount of money we raised but the amount of donations we got this year. I thought the five days went great,"...