Johnson named to all conference team 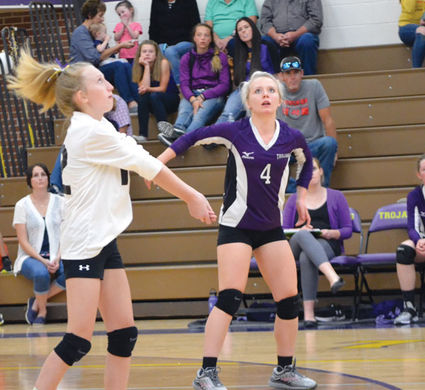 Whitehall's Meagan Johnson was recently named to the 5B Distrct All-Conference Second Team.

Throughout the course of the 2018-19 volleyball season, Whitehall High School sophomore Meagan Johnson shined with her play and 100 percent hustle. She was recently honored for her efforts.

Johnson was announced last week as a member of the District 5B All-Conference second team.

Johnson said she was really excited when she heard about the honor. Looking to the future, she has hopes of earning first team all-conference honors as well as a spot on the prestigious all-state team.

While the season didn't go as planned, Johnson is already looking forward to next year and the team improving a lo...