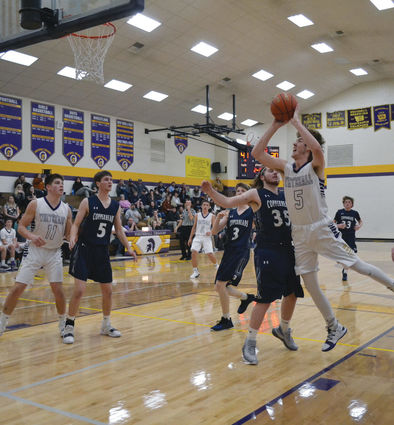 Clay Wolfe was named to the All-Conference First team.

The Whitehall High School basketball teams were well represented on the District 5B All-Conference teams.

The Lady Trojans had two players who were selected first team All-Conference. Junior Asha Noyes and freshman Brynna Wolfe both received the prestigious honor. Eighth grader Jada Clarkson was named second team All-Conference. Noyes was fifth in the conference in scoring with 13.9 points per game. Wolfe was sixth in scoring at 13 points a game and was also fifth in number of three pointers made with 25. Clarkson was eighth in conference in scoring with 10.2 points per game.