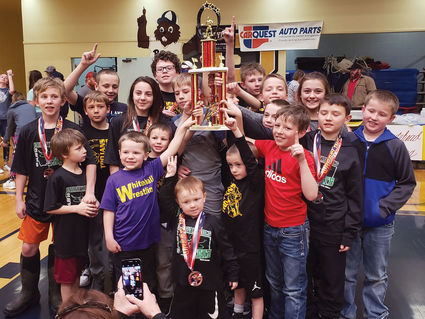 The squad finished in first place out of 14 teams at last week's Southwest Montana Little Guys State Tournament in Dillon.

Steve Sacry said he has been helping with wrestling in Whitehall since 2004 and while they have placed in the smaller team divisions, this is the first time he is aware that they also beat all the big teams.