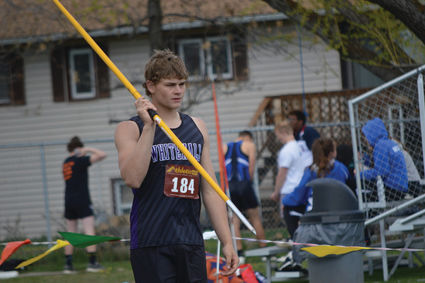 The transition to the postseason went smoothly for the Whitehall High School track and field team.

Competing at the 5B District Tournament last Thursday in Belgrade, the Lady Trojans put in another strong performance.

"I was extremely impressed with our girls team today. They came out and competed very well. We finished fourth as a team with only five competitors. That's pretty amazing," said head coach Dan Lacey. "I look forward to watching them compete next week on a bigger stage with a trip to the state meet on the line. I love that they love competition. That's the great thing about sports is being given the opportunity each day to compete."

"Katie and Madison were very impressive once again at the district meet. They are both so competitive and it's exciting to watch them push each other in practice and carry it over to the meets," Lacey said.

Charlynn Mercer was eighth in the shot put and seventh in the discus.

On the boy's side, Lacey said Colby Smith was impressive getting out to the Divisional Tournament in all three of his events. He was fifth in the shot put, discus, and javelin.

Lacey added Cade Briggs had another solid performance. He said Briggs tweaked his groin on his first long jump which was unfortunate, but he was still able to battle through and finish second in the javelin.

Tegan Robbins was 10th in the 200 and fifth in the high jump.

Sawyer Kenner was sixth in the javelin.

Briggs was fifth in the long jump and eighth in the triple jump.

The team will next compete at the Divisional Tournament Thursday in Laurel. 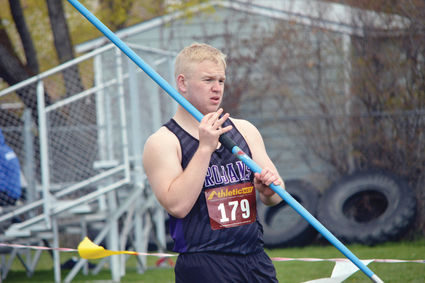 Sawyer Keener readies for the javelin.