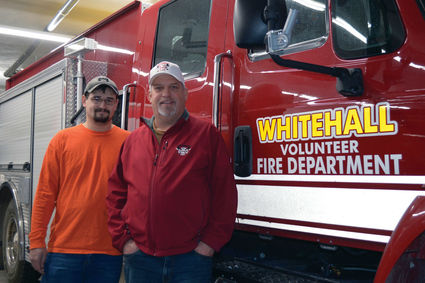 The recent Christmas holiday once again showed the giving nature of local residents with two donations to the Whitehall Volunteer Fire Department.

Earlier this week, Reverend Tonya R. Whaley, a Pastor for the United Methodist Church presented a check to the department for $500.

Whaley who moved to the area in July said the donation was 100 percent of what was raised by parishioners at their Christmas Eve Service.

"This is very generous and thoughtful," he said.

Granvold and Assistant Chief Colton Howser also discussed with Whaley the possibility of organizing area Pastors for a meeting where they could inform them of the needs of the department. Both Howser and Granvold told Whaley they are in dire need of volunteers, especially during the day where only one or two can make it out to a call. They are hoping the meeting will allow them possible time to get into the churches to talk with community members about joining.

Granvold added it is very awesome they are able to get this money every year. 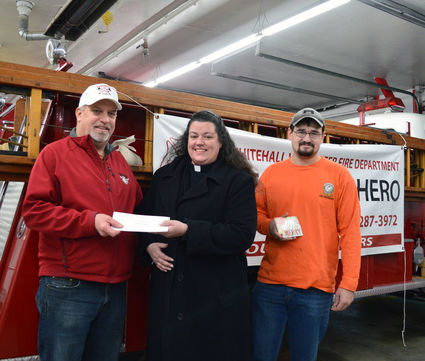