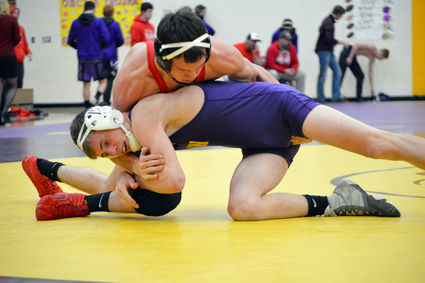 Despite being shorthanded, the third-ranked Whitehall High School wrestling did more than just hold their own at last week's Choteau Classic with a sixth-place finish out of 33 teams at the tournament.

Assistant Coach Steve Sacry said the weekend in Choteau was another good test for the team and they were short a few wrestlers with five injured and two others gone for family reasons.

"The rest of the team wrestled well and every without their teammates' help was able to play sixth," he said.

Among the top varsity highlights from the weekend noted by Sacry were Riley Forcella placing second...