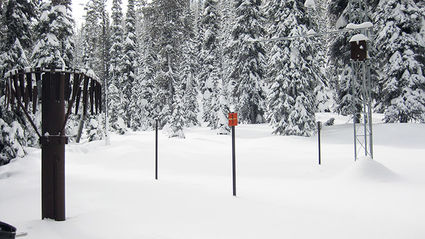 January was a good month for the snowpack total in Montana.

Abundant moisture spilled into the Treasure State from the Pacific during January, boosting snowpack in all river basins to near or above normal for February 1. In some locations, the amount of water added to the snowpack was record setting. Between December 30 and February 1, SNOTEL (SNOwpack TELemetry) sites west of the Continental Divide received up to 18 inches of snow water equivalent, roughly proportionate to 100 to 150+ inches of snowfall. Five SNOTEL sites would go on to set new records for monthly totals, and four SNOTEL sites reported their second highest on record.