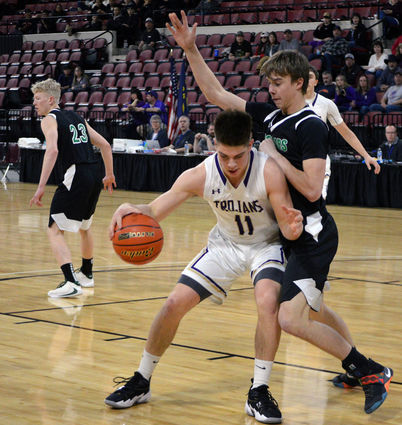 The Whitehall High School boys basketball team showed the heart of a champion in a March 4 loss at the Southern B Divisional Tournament. The Trojans shined throughout the night on defense but ultimately fell 36-34 in a play-in game heartbreaker against Columbus.

The Trojans were paced early by the outside shooting of Brendan Wagner whose second three-point shot put Whitehall up...