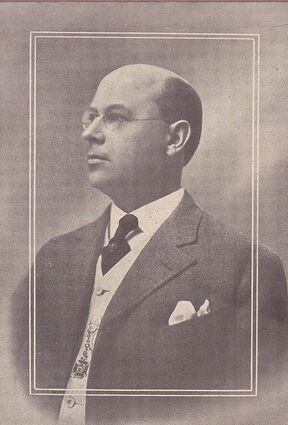 Harold was not sure what to do; he had never been in this position before. He had just been awarded an honorary Ph.D. by Harvard University. Then, over the past weekend, he met the loveliest lady he had ever had the pleasure to lay his eyes on, much less actually meet.

As you may notice from his photograph, Harold was not a spring chicken! He was not too old for love, by any means, but neither was he a young man anymore. Past what might be called his prime, whatever that was supposed to mean, Harold had moved beyond the half-century mark several years ago.

Thanks to his inherited genes, he was nearing baldness and had been wearing spectacles for going on five years now. But never mind all that...she had told him they only added to his mystique. He guessed that meant they made him look more handsome, or so he hoped.

It was an ordinary Friday evening, or would have been anyway, had he not been looking forward to this party for weeks now! One of his only friends at the office where he worked had invited him to the party he was holding at his estate. Harold, knowing the food and accommodations would be out of sight, had immediately accepted.

As noted, Harold was not the most aesthetically pleasing individual, though he was by no means ugly, so when by far the most angelic being in the place that night had set her beautiful eyes on him, Harold was stunned. Surprisingly though, it didn't take him long to recover from his stupor and he struck up the longest single conversation he'd ever had with a woman, especially one so beautiful as she.

To make a long story short, Harold and Daphine were well on their way to being engaged, although neither would have known as much that night!

Daphine Longenecker had flown in on one of those crazy silver birds, all the way across the country, but Love knows no distance. The same bird that carried Daphine back across the country also carried a hastily filled manila envelope carrying the photograph above, as well as a hastily written love letter to the angel Harold had just met.