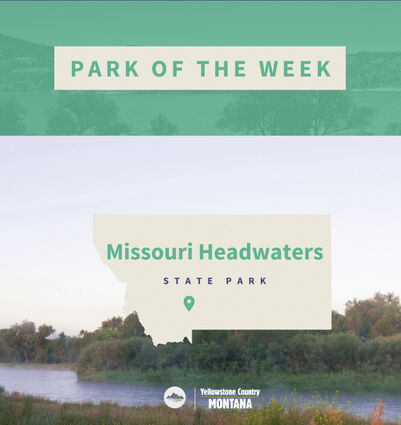 Follow in the footsteps of Montana ancestors and visit the site where Lewis and Clark stayed in 1805. This park encompasses the confluence of the Jefferson, Madison, and Gallatin Rivers the namesake of the nearby community of Three Forks. Missouri headwaters became a state park in the spring of 1947!

The rich, fertile soil along with the proximity to fresh water, brought the Flathead, Bannock, and Shoshone Indians to the region and later trappers and settlers, and now this beautiful land has been preserved as a state park for visitors just like you.

Within the boundaries of this scenic park...