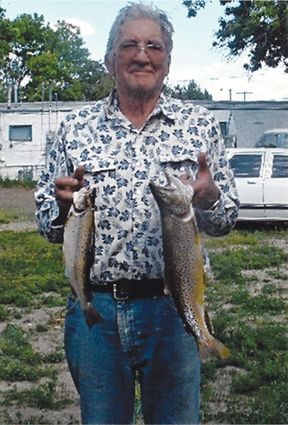 Surrounded by his loving family, Arnold Buchanan of Whitehall passed away unexpectedly from complications of an accidental fall on Saturday July 2, 2016.

Arnold was born March 26th 1931 in Laramie, Wyoming and at a very early age moved to Butte until his high school years, which were spent in Sedro Wooly WA.

After graduating Arnold returned to Butte and was employed by Anaconda Copper Mines. Arnold met the love of his life Lucille Buettner on a blind date. They were married a year later. They raised two wonderful daughters.

In 1970 Arnold received his BS in Mining Engineering from MT Tech. Learning was his true passion as he always wanted to know how everything worked and why. He enjoyed hunting, fishing and being outdoors with friends and family.

When the children were grown they opted to include travel in his mining career. He and Lucille lived in many places: New Mexico, Nevada, Oregon, Arizona, and even far off Irian Jaya. After retiring they returned to Whitehall where he was active in civic activities and enjoyed his gardening.

At his request there will be no services. He has been cremated and the ashes will be scattered at a later time.

Donations may be made to the Big Hearts Under the Big Sky program, 5 Microwave Hill, MT City, MT 59634; or the Whitehall ambulance.