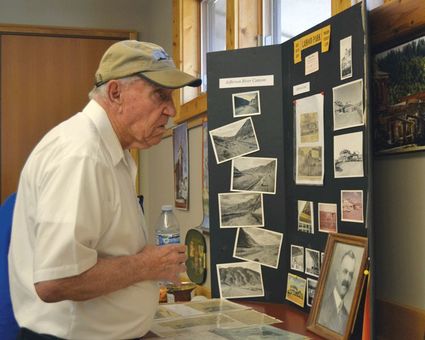 The family of Shadan LaHood, Lewis and Clark Caverns employees, and local residents came together last Saturday to discuss history.

The event not only discussed the rich history of the Civilian Conservation Corp and their role in the park, but also the role LaHood played by housing the young conservationists starting in 1935 at LaHood Park.

Among those in attendance was LaHood's granddaughter Maureen Watt, who brought numerous items to display.

Watt said her grand father provided the land for CCC members to stay on, and she has kept the items passed on to her so she can be a keeper of hi...