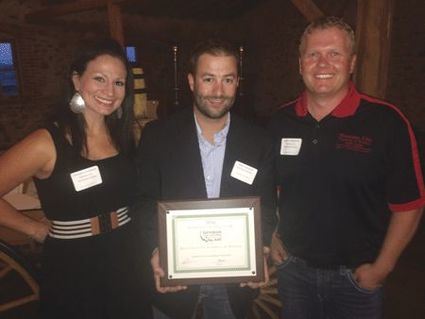 Montana City Plumbing and Heating was awarded with the 2016 JLDC Business of the Year Award.

Sitting on the northern most edge of Jefferson County is the Kleffner Ranch, the site location for the 18th annual Jefferson Local Development Corporation (JLDC) dinner. Each year, JLDC celebrates their accomplishments and work and this year's dinner was held on Thursday, September 1.

During the 2015-2016 year, which runs September – August, JLDC dedicated their expertise on a project called "Making Boulder's Future Bright." Making Boulder's Future Bright has provided an opportunity for Boulder residents to promote the general welfare of the community after Senate Bill 411, from the 2015 Legislation, enacted a bill to close Montana Development Center (MDC) by June 2017. With the help of Boulder Transition Advisory Committee (BTAC), Making Boulder's Future Bright continues to bring together community residents helping to shape a new Boulder. BTAC chair, Drew Dawson, provided a presentation at the annual dinner highlighting the work of BTAC and Making Boulder's Future Bright. JLDC honored MDC for their dedicated, caring and professional workforce for more than 125 years of service and contribution to the Boulder community. To accept the award was Tammy Ross, Superintendent of MDC. To further learn about the work of JLDC this past year, go to their website at http://www.jldcmt.com/ or call the MSU Extension service office at 287-3282 and request their annual report. 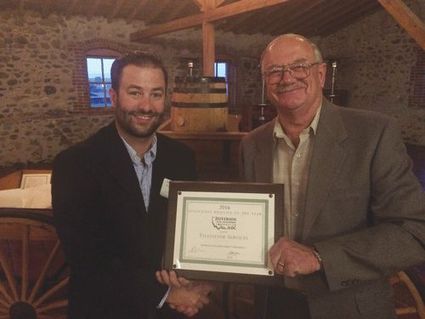 TeleSystem Services of Whitehall was awarded with the 2016 JLDC Innovative Business of the Year Award.

This year's dinner brought 70 Jefferson County folks, current and past project collaborators, and government officials to celebrate not only the work achievements and successes but to honor the Innovative Business of the Year recipient, Business of the Year recipient, and Community Improvement Award recipient. The Innovate Business of the year was awarded to a business creating innovative or value-added products or services. Telesystem Services or TSS of Whitehall was this year's winner. Accepting the award was Lee Good, owner of TSS. (Picture attached) Business of the Year award was awarded to a business that has demonstrated a commitment to business excellence that has staying power, growth in numbers, and is involved in their local community. Montana City Plumbing & Heating of Montana City was this year's winner. Accepting the award was Dustin and Crissy Lundstrom. (Picture attached) A third award, which was new to this year, was the Community Improvement Award which was awarded to a business who has created pride in the community through interior or exterior improvements. Boulder Hot Springs, Kerri Kumasaka, manager, accepted the award for Community Improvement. (picture attached)

JLDC thanks the many contributors throughout the year, congratulates the award winners, and looks forward to another successful year of promoting the general welfare, assisting business enterprises, enhancing tax base, and creating employment opportunities for Jefferson County.