Ruth Kountz Habeger of Bozeman, formally a 60 year resident of Billings, Montana went home to be with the Lord Monday, November 28, 2016, at the age of 97.

Ruth was born on May 14, 1919, in Whitehall, Montana to Frank and Charlotte Cogdill Kountz, pioneer ranchers in the Jefferson, Madison, and the Gallatin Valley.

She attended Whitehall High School and graduated in 1938. Following graduation Ruth attended Montana State College, now Montana State University and graduated with a bachelors of science in bacteriology. She served a year internship at the old Murray Hospital in Butte, Montana and became a registered medical technician in 1943. Ruth, including six other classmates celebrated their 70th class reunion from MSU in 2013.

Ruth's medical career extended over 38 years and her first job was here at the old Bozeman Deaconess Hospital, where she worked under Dr. Charles Craft until he went into the service. She then moved to work at the Veteran Hospital in Harrison, and continued to move to Helena where she became a superior of the lab for six years. While working here Ruth met her future husband, John G. Habeger.

John and Ruth were married in Whitehall, Montana at the St. Theresa Catholic Church in September 1949. They then moved to Billings, Montana where her husband was transferred with the Bureau of Land Management as an engineering technician and cartographer.

Ruth worked for the late Leland Russell, MD from 1949 until 1955 and in 1956 was accepted to the job of supervisor of the blood bank at the Billings Deaconess Hospital, now the Billings Clinic. She worked here for 24 years until her retirement in 1980.

After her retirement John and Ruth traveled extensively to all 50 states, Europe, Canada, Mexico, the Caribbean, and New Zealand. Ruth enjoyed knitting, reading, playing cards, collecting dolls, water aerobics, and watching nieces and nephews, and getting together with family and friends. She was a member of the American Legion Auxiliary, active member of St. Thomas Parish and St. Anthony Catholic Church in Billings, and a member of Resurrection Parish in Bozeman. 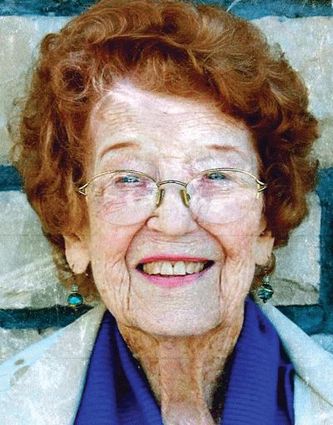 We believe Ruth was the last person living of her Whitehall High School class of 31 classmates of 1938.

A memorial service and celebration of her life will be held on December 3, 2016, 10 a.m. at St. Theresa Catholic Church in Whitehall, Montana with a reception to follow.