I'm writing this column on a Saturday morning, just hours before my alma mater will take the field in Laramie, WY to play in the Mountain West Championship game.

After a 2-10 season in 2015, the program has quickly turned around in 2016, and the University of Wyoming football team will enter the game with an 8-4 record. It will also be the first time they have played for a conference title since 1996, a heartbreaking loss to BYU I still remember like it was yesterday.

I've been ready for this game all week and I have some pretty serious butterflies going on in my stomach right now. I will actually be missing the first Whitehall basketball game of the season to watch the game. It's something I hate to do, but this is a really important day for me. I have followed the University of Wyoming for as long as I can remember and it's much more than just a game. It's pride in my school, it's pride in my home state, and most importantly it has been a way that I have and will always bond with my family and friends.

Growing up three hours away from Laramie, I went to numerous games every year, usually with my Grandpa Jack and Grandma Kathryne. Saying I was lucky to have such great grandparents would be an understatement. They were two truly special people and I could never spend enough time with them. We would do a lot of wonderful things together, but what I remember most is traveling down Interstate 80 to Laramie to watch our beloved Cowboys.

My Grandpa was an inspiration to many and an idol to me. He had played both football and basketball for the University of Wyoming. In fact, he played basketball with Kenny Sailors, the man credited with inventing the jump shot. World War II would interrupt his college career, and during his time in the service, he was the pilot of a B-17. He would go onto serve as a teacher, coach, principal, and later as Superintendent of Sweetwater County School District No. 1. He was a man of high moral character, but also one of the nicest people you could ever meet. He had a deep passion of Wyoming sports from the time he played, and I always loved to see his reactions when Wyoming would score a touchdown or kick a game winning field goal.

My Grandmother was kind hearted and caring, with rarely a care in the world. To me it seemed her whole world was her grandchildren. She reminded me of somebody from a Norman Rockwell painting. She was from another era, one in which people saw the good in the world all the time.

As long as I can remember, we would leave on Saturday mornings to make the three-hour trip for football games. I have so many wonderful memories of traveling in snowy roads and singing the school fight song "Ragtime Cowboy Joe" so many times that I'm not sure if we even talked along the way.

My grandparents would always make sure these were special days. We would eat at great restaurants, they would stop and buy us memorabilia at the school store, and we would have a lot of fun tailgating before games. We would do the same thing for basketball season, but this would take us all over the western United States for conference tournaments and NCAA tournament games. 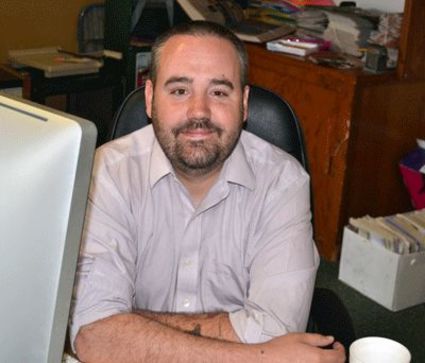 By the time I was in fifth grade, Wyoming was amazing at both football and basketball. The football team won two consecutive WAC titles, and the basketball team made the cover of Sports Illustrated and made it to the Sweet 16 of the NCAA Tournament. I thought this was the way it was supposed to be.

I also noticed my grandparents seemed really happy at the games. I would find out quickly that Wyoming being good wasn't always the case, and they were really enjoying these moments. In the following years, we would go to a lot of games, but the teams would never be that good again. We still had a lot of fun and I have a lifetime of memories.

I'm happy to write about these two special people, but also sad because they won't be able to enjoy this with me today.

Grandpa and Grandma, they are good again. Wherever you are, I hope your smiling down on us today. When I'm singing "Cowboy Joe" today, I'll be thinking of you. I know you'll be singing too.