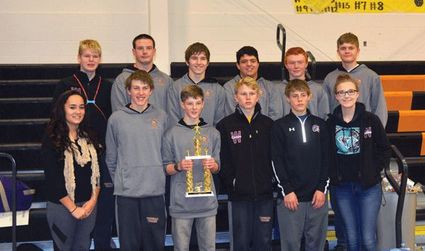 A young, but talented Whitehall High School wrestling team opened the season in impressive fashion with a second place finish out of 25 teams at last week's Cascade Tournament.

"This first tournament at Cascade always is a bit of an unknown. We had confidence that they would try hard, but had the kids been working hard enough in practice? Have they learned enough technique? Is their mind still on the school's football successes? How are the othe...