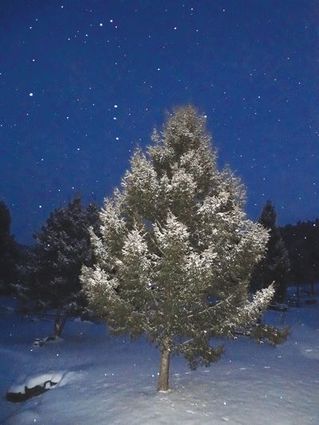 On both Christmas Eve and Christmas Day I was able to sleep in. It's something I'd like to do a lot more of, I just never really get the chance.

I had planned sleeping a little bit later on Christmas Eve, but for some reason every time I'm not up by 8 a.m., Melissa starts making some magical noises with pots and pans in the kitchen. I'm not quite sure what she is doing in there, but it sounds like she is grabbing the pan from the bottom of the pile and yanking it out with such force it smacks against every other pan and makes some wonderful music.

Christmas morning I woke up feeling great and looked outside to see a light snow falling. It was a picturesque setting and added to an already wonderful day.

Sure it was a little cold, but Christmas is always better with snow.

When I was little, I spent a Christmas in Phoenix. It was sunny and I got to swim after opening presents. It sounds splendid, but it didn't have the same feeling as it would in Montana, Wyoming, or any other cold weather state.

When I was older, I spent a Christmas in Los Angeles. While I have to admit it was pretty interesting to walk down to the beach and enjoy the beauty, it still wasn't the same. Christmas is just better when it is cold outside.

Once I was done taking in the beauty of the white Christmas, I made my way downstairs and had a wonderful breakfast. It tasted great and I was glad to see that the clanging was done for a reason, unlike the previous morning.

The rest of the day was just time with family watching movies, opening presents, and playing jokes on each other. I think I annoyed everyone when I pretty much quoted "A Christmas Story" line for line. I've probably seen that movie 200 times and it never gets old.

The kids probably fought with each other about as much as they usually do, but it was Christmas so it didn't really matter although one is really close to getting a bar of soap permanently placed in her mouth.

Since Melissa had slaved away in the kitchen for the breakfast, I decided I would do dinner. I had a smoked ham that I just needed to reheat for about two hours. Doesn't sound like a big deal. Much like most things in my life, I made it an ordeal that delayed dinner and led to grumblings of hunger from the living room. 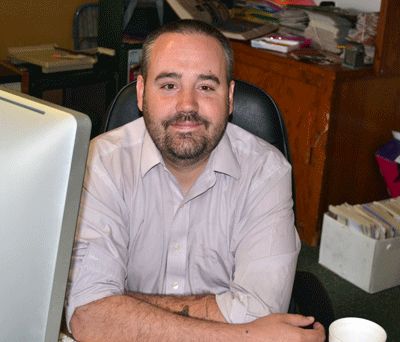 The timer beeped an hour later and I went to throw the potatoes in. I forgot to turn on the oven. How is that even possible? I cook all the time and I've never done that. I really didn't have an excuse other than I was an idiot.

So dinner was an hour late, but everyone seemed to enjoy it. I always know when the kids like dinner because they aren't hurling insults at each other or on their phones sending Snapchat stories. I'm not sure what a Snapchat story is, but they sure do love to send them and they seem to be more important than breathing.

I tried to watch the Broncos game after dinner, but they were getting spanked so I started to binge watch a television show with Melissa. We stayed up watching the show until 2 in the morning.

I woke up Monday morning and I was no longer refreshed. I had stayed up too late, but it was a great few days of family and fun. Hopefully this week is more of the same.