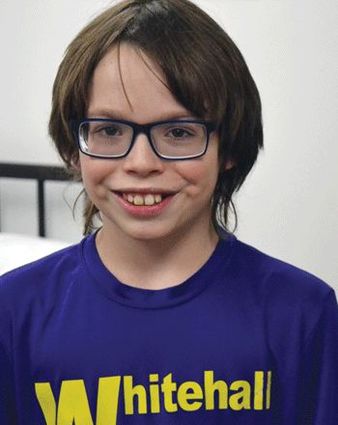 Kaden Weber showed his love for animals by donating his birthday money to a local animal rescue service.

While many kids his age are hoping for video games or a new cell phone for their birthday, this wasn't the case for 13-year-old Kaden Weber.

The seventh grade student at Whitehall Middle School instead asked for something much more valuable that in turn showed the true spirit of giving. Rather than wanting presents on his December 31st birthday, Kaden asked friends and family members for money which he is donating to Reed's Rescue and Rehabilitation, a local non-profit animal service.

Kaden said the biggest factor in making the donation was his love of animals. His favorite thing about anim...