Roy was born on May 1, 1928, in Whitehall, Montana to Roy Winslow, Sr. and Martha (Wynne) Winslow. Roy Jr., or "Sonny" was given adult responsibilities and freedoms early, allowing him to race the streets of Whitehall in a homemade go-cart and drive a dump truck for in his Dad's business by age 10. Roy attended Whitehall schools, where he had quite a reputation for mischief and hijinks, even hoisting the principal's Model-T Ford on top of the high school one Halloween night. After graduating from high school in 1946, Roy joined the Army, where he supervised German POW truck drivers in the clean up of war-torn Italy. Roy returned to Whitehall and married Lillian I. (Connor) Boetticher, with whom he raised 7 daughters in Whitehall, Missoula, and Polson.

Roy worked many years in heavy construction, serving as a superintendent of highway construction, president of three companies, and consultant in rock crushing. A gifted mechanic, Roy loved to tinker on old Nash Metropolitans, the signature car for him and his kids for over 50 years. In the early 1990s, Lillian and Roy divorced and Roy retired to Flathead Lake.

Roy loved to ballroom dance. His daughters fondly remember dancing to the Lawrence Welk show with "Pop" on Sunday nights growing up. For many years, Roy and his partner Fay Smith danced at the Big Fork Inn and the Polson Elks Club. Roy and Fay's dance trips together included nine ocean cruises to ports in the Caribbean and Europe. Strangers always complemented Roy and Fay on their dancing, and they were often asked to help teach dance lessons. 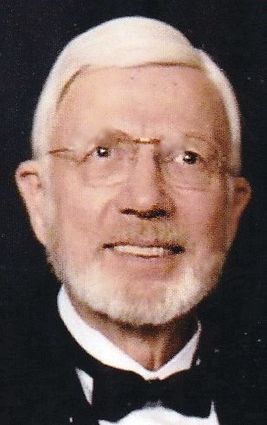 A funeral service for Roy will be held during the summer of 2017. Roy was laid to rest at the Fish Creek Cemetery south of Whitehall on the old Winslow ranch next to his great-grandfather, James I. Winslow, a pioneer arriving in Montana in 1862.