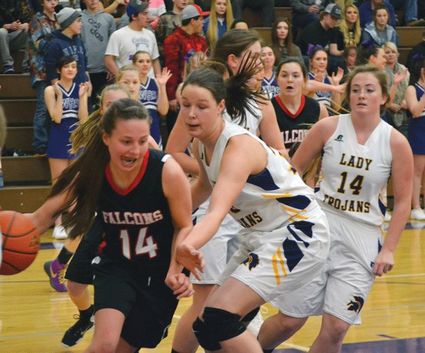 The Whitehall High School girl's basketball team started strong, but was unable to hold off a talented Twin Bridges team in a 56-33 loss Tuesday night in Varsity Gym.

The Lady Trojans led by as many as seven early in the second quarter, but a hot shooting Lady Falcons team dominated the final three quarters on their way to the convincing victory.

Whitehall head coach Herman Gerving said the team started off well especially on defense, but they started to make some mistakes with the ball and Twin Bridges really shot well in the second half.

It was a positive early on for the Lady Trojans w...