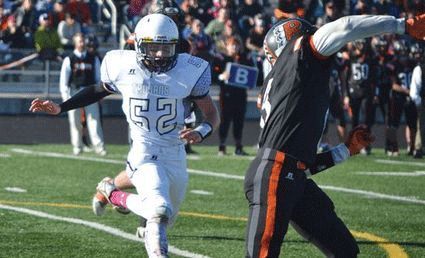 Colton Noyes (above), and Andrew Simon (below) were recently named to the 2016 USA Today All-USA Montana Football Team.

Two players from the squad that finished 10-2 team and made it the Montana 5B semifinals, were recently named to the 2016 USA Today ALL-USA Montana Football Team.

Senior Andrew Simon was named to the first team as a tight end. The 6-1, 190 pound is second all time in receiving yards in Montana history with 2,323. Simon was also named first team All-State and All-Conference and will play this summer in the Montana East/West Shrine Game.

Colton Noyes was also named to the prestigious squad. He made the second team as...