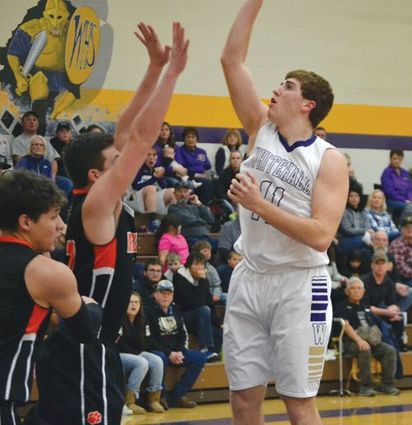 Andrew Simon gets off a shot in recent home action.

Led by the sharp shooting of sophomore Max Feight and a strong defensive performance in the second half, the Trojans won their ninth game in a row Tuesday night against Big Timber.

Feight had a game high 30 points and after trailing by one at half time, Whitehall would allow just 17 second half points in the 67-49 victory.

With the win, Whitehall moved to 9-1 on the season and is a perfect 5-0 in 5B League play.

The win came one day after the Trojans moved from number six to number one in 406mtsports.com Class B Rankings. T...