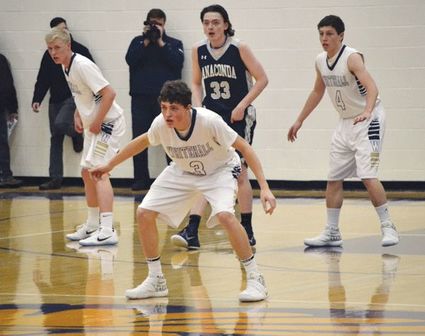 The Whitehall Trojans focus on defense last week against Anaconda.

The Trojans (11-1, 6-0 5B) held the rival Panthers to six or less points in three quarters, including giving up just two points in the first period of the 62-24 victory.

The game could not have been more different than the first matchup between the two teams last week, a 51-47 Whitehall victory last Tuesday in Boulder.

Whitehall would open the game with the first nine points, and following the only Jefferson basket of the quarter, the T...