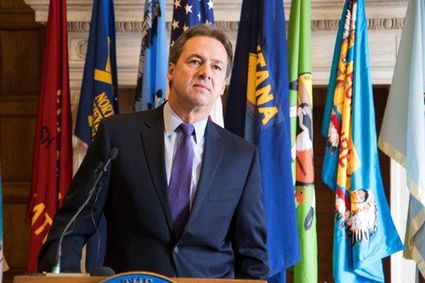 "Today I'm disappointed that I'm compelled to offer an amendatory veto of the very first bill the legislature sent to me," says Gov. Steve Bullock regarding House Bill 1 at a press conference Thursday, Feb. 2. The bill would have increased legislators spending by 14 percent at a time Gov. Bullock says is not feasible. The governor sent the bill back to the House and Senate with a proposed 1.4 percent increase.

House Bill 1 would have increased the legislators' pay by 14 percent for the next legislative session. Bullock vetoed the bill with an amendment to increase pay only by 1.4 percent to coincide with the rate of inflation.

He said the state needs to "live within its means."

"At the same time that we're tightening the belt of the rest of government, the legislative branch sent me a bill to increase the spending of their branch of government by 14 percent," Bu...