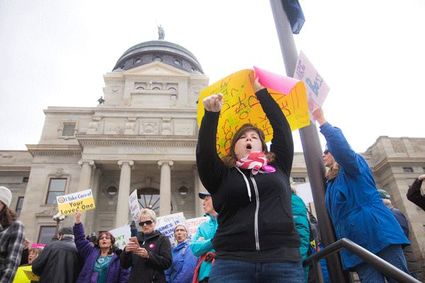 Hundreds gathered at the Capitol steps Tuesday, Feb. 21, to voice their disagreement with Sen. Steve Daines. Daines is under heavy criticism for and being accused by the protesters of not listening to the citizens of Montana.

U.S. Sen. Steve Daines addressed the Montana House of Representatives last week, touching on his role in Washington, his support for the Keystone XL Pipeline and support for the appointment of Judge Neil Gorsuch to the Supreme Court.

Daines repeatedly said he and other Republicans in Washington are seeking less federal power and more states' rights.

Daines opened his speech by applauding the "peaceful transition of power" from Barack Obama to Donald Trump. He said he presented Trump with a list of Montana's needs, based on talks he had...