George and his family moved to Glendive, Montana where they made their home for many years. He was an employee of the Northern Pacific Railroad when he was called to serve his nation in 1943. George was drafted into the Navy and served on the USS Hamlin (AV-15), a seaplane/aviation tender. Seaplanes tended by the Hamlin made important contributions to the Pacific fighting by engaging in reconnaissance, hunter-killer operations against submarines, and air coverage of fleet cripples. George served throughout the Pacific theater and was onboard the ship in the Tokyo harbor the day Japan surrendered.

George returned to Glendive at the end of his service and went back to work for the Northern Pacific Railroad. He married Betty Gene Ward in 1946 and their union blessed them with five children. George's career with the railroad took him, and his family, to Mandan, North Dakota, Livingston and Springdale, Montana. Upon his retirement from the railroad, George and Betty moved to Whitehall in 1982 where they stayed for the remainder of their lives.

After 57 years of marriage, George lost his wife and partner in 2003.

He is proceeded in death by his parents, his wife Betty, two sons, Larry and Bobby Johnson, two brothers, Ole and Gary Johnson, and a sister Janaire (Johnson) Reed. 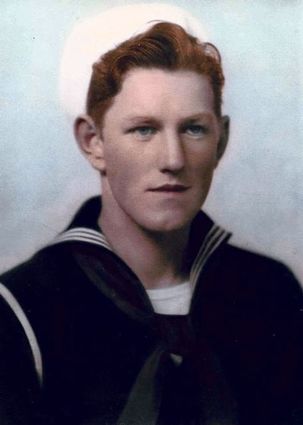