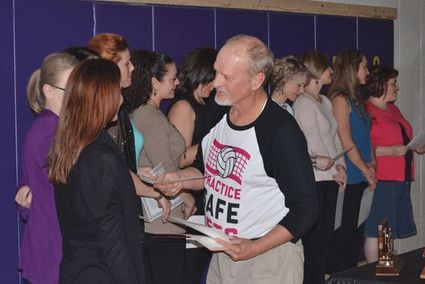 A total of 11 individuals and four teams were inducted last Saturday night to the Whitehall High School Athletic Hall of Fame.

Among the teams that were honored at the second annual ceremony in front of a packed house at the high school was the 1997 state runner up volleyball team.

Hall of Fame Board member Shane Shaw said 100 percent of the team made it to the ceremony. The team was inducted by head coach Brent Mabbot, who discussed working with the girls from the time they were in seventh grade. He said he told them if you play the way I want you to, you would play for a state champions...