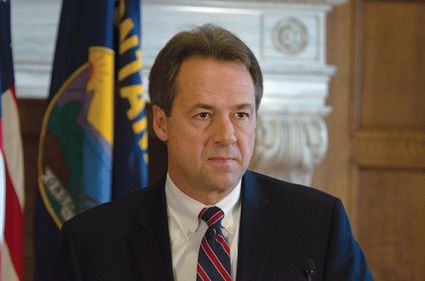 Gov. Steve Bullock says Friday that he is disappointed in the Legislature for not passing a bill using bonding for infrastructure projects across the state. Bullock had been meeting with leaders from both parties to make a deal, but fell short when the Legislature adjourned.

HELENA -- The Montana Legislature adjourned Friday after a short and chaotic day of failed attempts to pass a package of bills that would have used bonding to fund infrastructure projects.

Debate in the House was tense at times, as a Senate-set deadline neared for House Bill 8 and Senate Bill 367.

The bills would have allowed for bonding, or borrowing, and the use of local matching funds for roughly $123 million to help pay for projects like water systems, a veterans' home in Butte and the controversial renovations of Romney Hall at MSU.

Republicans say they funded more than $1 billion in...