95 Trips around the Sun

Elsie was born on a farm in Ellendale, North Dakota in 1922, the tenth of 13 children to German immigrants Christian and Ida Maack. During her first 17 trips around the sun, times were tough and money was short, but strong family bonds were forged which endured for decades, with most of the siblings living into their 80s or 90s. As a child, she loved family picnics and barn dances, enjoying early live performances by the young Lawrence Welk.

At 17, she moved to Pony, Montana to join her brothers who were working in the gold mines. She attended Pony High School for a year before moving over the mountain to Mammoth to work as a cook's helper at the mine. It was there that she met Donald James DeFrance, a third generation Pony man. They married on March 17, 1940 in Butte and shared their next 25 years together.

They followed Don's work in the gold mines to Norris and Whitehall. During this time, Elsie had to spend six months at Galen State Hospital with tuberculosis before making a full recovery. Their first child, Darla, was born in 1941, but died soon after her birth. After their son Dennis was born in 1943, the family settled back in Pony. During WWII they moved to Portland, Oregon, where Don worked in the shipyards, and their son Daryl was born in 1944. They returned to Pony after the war and bought the Pony Cash Store, which they ran for 29 years, raising their own chickens and garden vegetables to sell. Generations of children from miles around perused the penny candy counter at the store, and the dream was to live on to the end of Elise's days in her well-stocked candy dish by her front door for her great-grandchildren. Following Don's death in 1965, Elsie married Emmet Clary, and continued running the store until she sold it in 1979 after collecting all but 37 cents of outstanding credit. Widowed again in 1978, Elsie later married Frank Terrill in 1981 at her home in Pony, and they enjoyed many good years together.

Elise was a charter member of Zion Lutheran Church in Whitehall, active in the Harrison/Pony Pinocle Club, a lifelong supporter of the Pony VFW, and an avid gardener. She relished her daily gin and tonic and loved large family gatherings, especially when they included a game of poker. Picnics at Potosi and adventures to the lakes above Pony created many of her favorite memories. 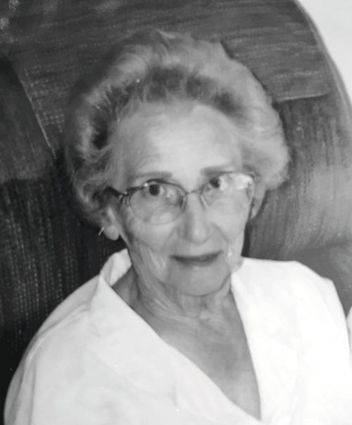 She is survived by her son Daryl (Anne) of Pony, daughter-in-law Irene of Billings, brother Louis (Nola) of Harrison, grandchildren Gary (LeAnn), Lisa (Steve), Shannon (Bill), Dan (Amy) and Darla (Marinko), nine great-grandchildren, and dozens of beloved nieces and nephews. She is preceded in death by her daughter Darla; son Dennis; husbands Donald, Emmet, and Frank; and six brothers and five sisters.