Trojans compete in All Star game 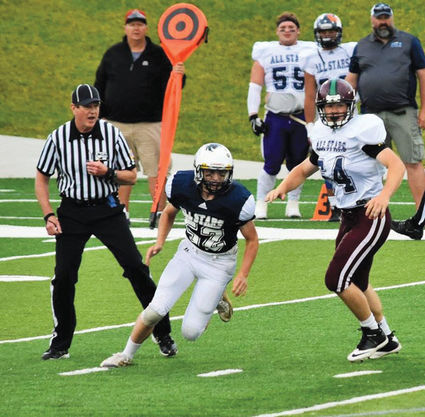 While the final score may not have been what they were hoping for, 2017 Whitehall High School graduates Braden Larsen, Colton Noyes, and Andrew Simon were able to once again take to the field at last week's Class B All-Star Football game.

The North All-Stars defeated the South 59-20 at Herb Kindt Field in Billings.

The three-standout athletes were joined by Trojan Head Coach and Athletic Director Dan Lacey, who served as the head coach of the South team.

"It was a great experience to be the head coach of the all-star game. It was exciting to have kids on your team that you are used to game...