According to Sheriff Craig Doolittle, Ryerson was last seen sometime Thursday, June 22, in Whitehall. She was reported missing by her family around noon on Friday, June 23.

Doolittle said they have received conflicting times about the last known sighting of Ryerson. He said there have been reports she was at the Mint Bar in Whitehall around 9 p.m. on the 22nd, but others have reported seeing her at a different time.

Ryerson has been reported as driving a 2016 Red Yamaha 4-Wheeler with temporary plate: YFM700 ATV. The sheriff said they have been unable to locate the 4-Wheeler.

Doolittle said the Sherriff's Department and family has been unable to contact Ryerson on her phone and the last ping from her cell phone was in Silver Bow County, but they are unsure of the exact location. 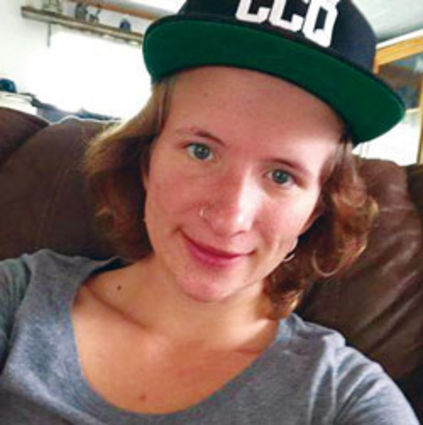 He said they are working to put all the information they have together, but at this point they don't have a lot.

Ryerson is 5'7" and 150 pounds with blue eyes. She has a piercing on the right side of her nose as well as gauges in both ears.

In a Facebook post, her family stated she is developmentally disabled and it is very out of character for her to not contact family or friends.

If anyone has information about the whereabouts of Ryerson, please contact the Jefferson County Sheriff's Office at 406-225-4075.