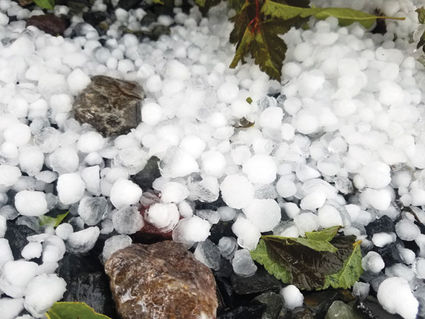 It was quite the week for Mother Nature in Whitehall. Along with the effects of an earthquake, Whitehall had near 100 degree temperatures and a quick, yet fierce hail storm.

Residents from across Whitehall and the surrounding area felt the effects of an earthquake in the early morning hours of Thursday, July 6.

According to the USGS, the epicenter of the 5.8 magnitude earthquake was around 33 miles Northwest of Helena, and seven miles southeast of Lincoln. A listing of significant 2017 earthquakes on the USGS website showed it was the largest earthquake of the year in the continental United States. The earthquake was felt as far east as Billings, as well to the west in Spokane.

Whitehall resident Darlene Olson was one of the many local residents to fill the qu...