The Whitehall High School volleyball team will open their 2017 season Saturday, August 26 at a tournament in Manhattan.

The team will be under the direction of second-year head coach Lauren McDonald.

Going into the season, McDonald said as far a running and the operations of the program she feels confident, but every new season is different.

When practice started earlier this month, McDonald and assistant Allie Reamy implemented a tryout system as a way to decide who would be on the varsity and junior varsity teams.

She said they wouldn't be cutting anyone, but this is a more fair way to evaluate who should play on which team. 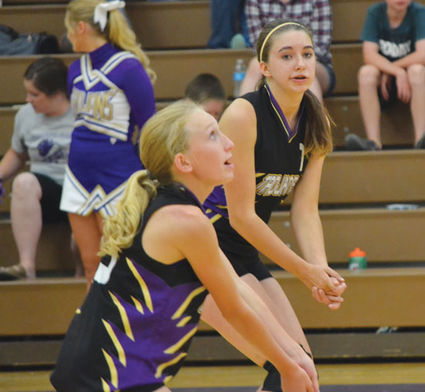 The Lady Trojans currently have 13 girls on the team so McDonald is hoping for good grades and no injuries. She said if they lost any players they would be at a point they might not have a junior varsity team.

McDonald said it is a very young team, but fortunately she coached many of them during middle school and they respect her ideas.

The team played a scrimmage last Thursday night in Varsity Gym, something McDonald said was difficult after only four days of practice, but was also a positive.

She said the players were able to figure out both rotations and affective communication.

McDonald added the scrimmage also gave the coaching staff a good base of what to work on.

The Lady Trojans will open there home season August 31 against Broadwater. Action is set to begin at 4 p.m.