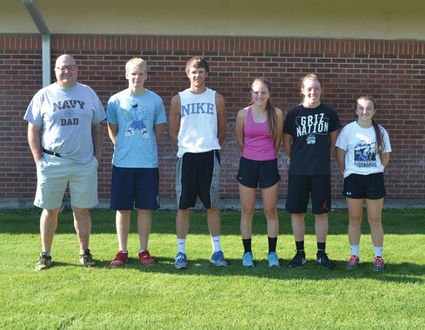 After a week of practice for the Whitehall High School Cross Country team, long time head coach Kerry Sacry is happy with what he's seen for the 2017 squad.

Despite the challenge of heavy smoke in the area, Sacry said team is working into getting to where they need to be.

He said along with the smoke, he has to be careful not to overwork the team at the start of the season.

The Trojans will open the season Saturday, August 26 at the Jefferson County High School in Boulder.

Sacry said only Bright and Loomis will have enough practices to compete, but he is looking forward to seeing where they both are at.

Bright said he doesn't have any goals for Boulder, he also wants to see where he is at this early in the season.

The entire roster should be able to compete the following Tuesday when they will attend the Butte Central meet that will take place at Fairmont.

Sacry is hoping to pick up a few more members of the team once school starts and added there will also be several junior high members who will be participating.