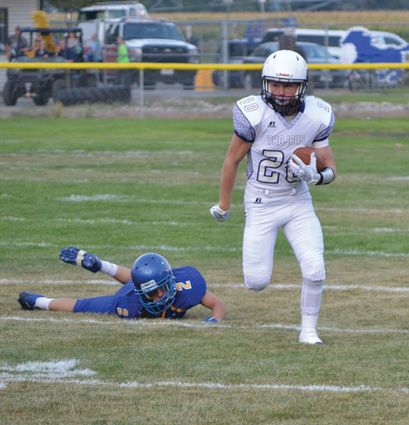 Connor Johnson takes back the opening kickoff 70 yards for a touchdown.

The Whitehall/Harrison High School football team could not have asked for a better start to their opening game of the season August 25 at Shepherd.

Dynamic junior returner Connor Johnson took back the opening kickoff 70 yards for a score, the first of four first-half touchdowns in the impressive 28-12 road victory.

Head Coach Dan Lacey said the coaching staff and players have been talking about Johnson having a breakout play in a game and he did not disappoint just seconds into the game.

"We've been waiting for that for two years. I couldn't be happier for the kid. He's earned that and he'...