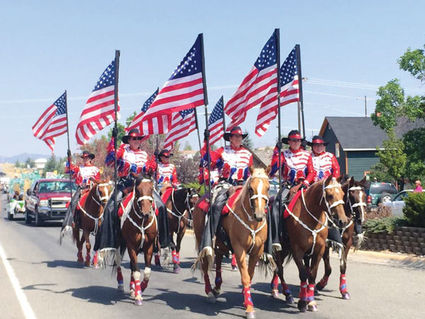 "We are really pleased with the turnout. We were a little worried about the smoke, heat and fires, but people seemed determined to have a good time anyway. It's so much more comfortable since we put the cover on the rodeo bleachers. We had a record number through the fairgrounds gates Saturday and did well Sunday too," said Terry Minow, Jefferson County Fair Board Chair.

Minow pointed out that the fair included a 4-H fair, the first time in many years. "The Boulder Outlaws 4-H Club decided to come to our fair instead of going to the Madison County Fair this year. They worked hard to get the barns ready, to find buyers for the livestock sale, and to get judges. It paid off. It was a great 4-H show. We loved having all the animals here," Minow said.

Parades, two of them, marched down Boulder's Main Street. A kids' parade was held Friday with a rodeo parade on Saturday. The Boulder Car Show was held Saturday in Boulder.

Arts, photography, quilts, 4-H animals and delicious foods were entered in the fair for ribbons, prizes and bragging rights. The foods competition came to a head Saturday when baked goods were auctioned off to benefit the fairgrounds. Auctioneer Dan McGowan good-naturedly pitted neighbor against neighbor in wild bidding wars for pies and other baked goodies.

A puppet show, large inflatable games, laser tag and the Boulder River Carousel kept kids entertained while their parents enjoyed live music in the park. A wild and wooly kids' treasure hunt in the hay gave youngsters the chance to search for hundreds of prizes in a heap of hay.

Another fair favorite tradition was the real barn dance in a huge white barn on Saturday night with country music by the popular Insufficient Funds Band. "I love the barn dance. It reminds me of the country dances I grew up going to in Eastern Montana. People of all ages dance and have a good time together," said Minow. 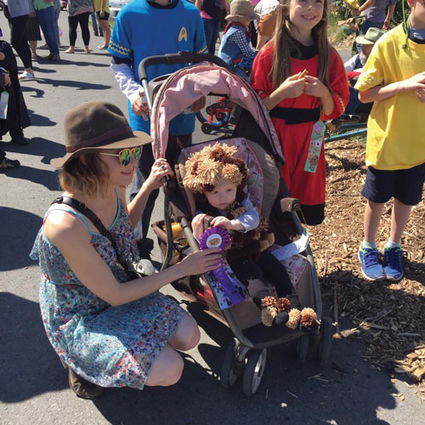 Next year's Jefferson County fair and rodeo is scheduled for August 23-26, 2018. Watch for fair results in next week's Whitehall Ledger.