Throughout the year, high school and junior high kids from across Montana travel throughout the Treasure State competing in numerous rodeos. The costs associated with travel and entry fees add up, so this weekend will serve as not only a chance for local participants to have the luxury of a home event, it will also be a great chance for the area residents to come out and support a group of talented local competitors.

The annual Whitehall High School and Junior High Rodeo is scheduled to take place Saturday, September 9 and Sunday September 10. Action at the event sponsored by the Whitehall Saddle Club will start Saturday at 9 a.m. and Sunday at 10 a.m. The admission is $5 per day. 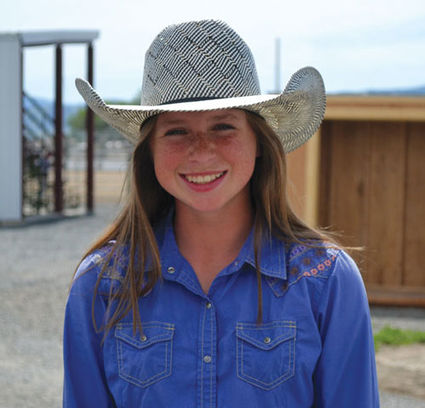 Johnson said the rodeo will bring in competitors from across the state, with the majority coming from Southwest Montana. She said the event is not only a family oriented fun, but there will be some great rodeo with many of the high school participants having competed at the NRA level during the summer. Johnson said the Whitehall area is very fortunate to have local kids who excel at rodeo and several who competed at the Nationals Finals this summer.

Johnson added it is also great to see the junior high kids step up and compete.

Johnson said the proceeds will not only go to pay for contractors, but the Saddle Club will kick back the money to local competitors for things like traveling.

There will also be barrel racing at the rodeo that will allow local residents a chance to compete.

Rich Johnson will serve as the Arena Director at the event.