Larry Norman Tribble went home to the Lord on September 6, 2017.

Larry was born on April 28, 1934 in Helena, Montana. At the age of 4 1/2 he was adopted by Bill and Kate Tribble of Three Forks, Montana. They brought him home to their ranch where he joined an adopted sister, Joyce Janacaro.

He attended grade school at the Eureka Country School in Milligan Canyon and graduated from Three Forks High School in 1952. He then attended trade schools in Denver, Colorado and Fargo, North Dakota for 3 years for auto body repair and mechanics.

He married Loretta E. Bourassa from Dillon, Montana on September 1, 1956. They recently celebrated 61 years of married life together. 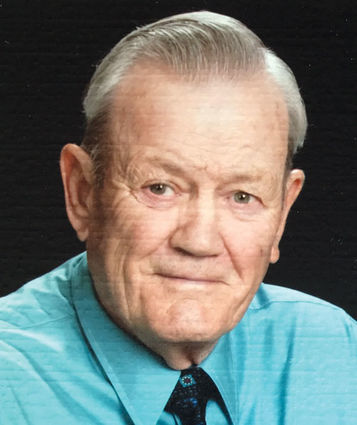 He lived and worked most of his life on the ranch he grew up on. He was a farmer at heart, a good farmer, who knew and loved his land. He had a wonderful sense of humor, and was well-known for his hugs. He loved his family so much and often spoke of how proud he was of his kids and grandkids. He was a man of deep faith.

He is preceded in death by his parents Bill and Kate Tribble, his birth mother Della Lemon, his beloved mother-in-law Rita Bourassa, his sister Joyce Janacaro, and his brother Jim Lemon.