A true gem of downtown Whitehall, the Star Theater has been an integral part of the community for decades. Starting this Friday the theater will be thanking its loyal base of customers with a free admission movie. The theater is also hosting a free of charge concert September 23. 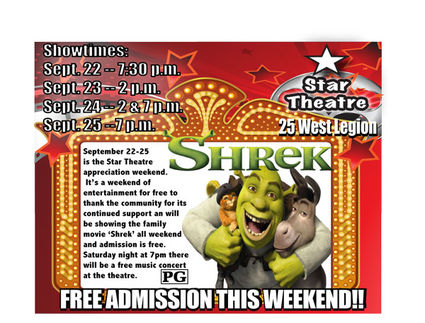 Theater manager Colton Anderson said he was approached about the concert and decided to donate the space free of charge. He said he decided on the free movie, which he called one of the best-animated movies ever made, as a great way to start the fall season. Anderson said both Blake and Vache are talented well-trained musicians so it should be a good concert.