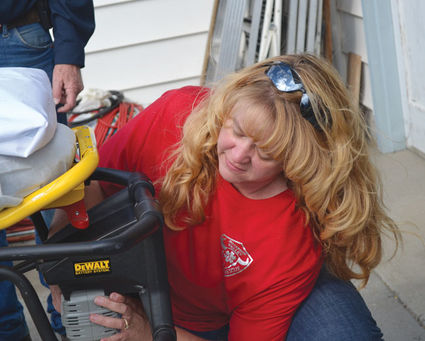 Angel Adams of JVEMS and Rescue takes the battery of the power load cot system.

In October of 2016, the Jefferson Valley Community Foundation awarded five grants at a reception at the Borden's Building in Whitehall. Last week, JVCF board members were able to see the grants put to good use at a walk-through tour.

The JVCF awarded five grants in 2016 for a total of $13,500. Throughout the tour, grant recipients thanked the board for their donations. Board Treasurer Tim Mulligan said to be thankful of all who donate to the foundation, allowing them to present the yearly grants.

The first stop on the tour was the Whitehall Community Library, who received a $4,000 grant they used for laptops for computer classes. Whitehall Librarian Jeannie Ferriss said they have been able to host around 30 classes, and there has been a lot of positive feedback. Board chair Millie Baycroft said that is why they award the grants, because it is all about benefiting the community.

The next stop on the tour was at the Whitehall Community Center, who received a $2,000 grant to upgrade lighting at the well-used facility.

Whitehall Veteran Bill Carhuff showed JVCF members the new lighting as well as work being done to put in a kitchen and upgrade the floors at the center. 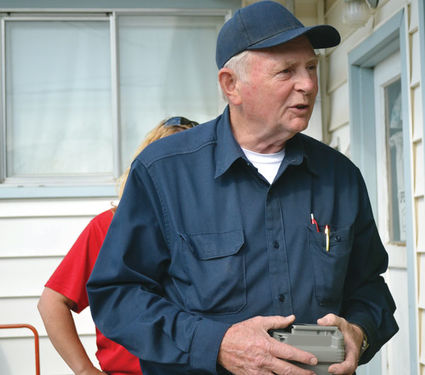 The walk-thru then proceeded to the Jefferson Valley Museum, who received $4,000 they used to purchase archival safe flat file cabinets. The cabinets are being used to store maps, plats, surveys, and artwork.

The last stop of the day was to see a power load cot system that was purchased with the $2,500 Barrick Golden Sunlight Mine Grant. The money was awarded to the Partners United For Life Saving Education (P.U.L.S.E.), who donated the cot system to Jefferson Valley EMS and Rescue.

The final grant in 2016 was a $1,000 "Mystery Grant" non profit grant awarded to Reed's Rescue and Rehabilitation.

Baycroft said at the ceremony last year that the JVCF is a permanent endowment fund for the area, and discussed the importance of foundations like this in Montana.

"This is a permanent fund for this community. Every time you give to the JVCF, you are giving a gift to yourself," she said.