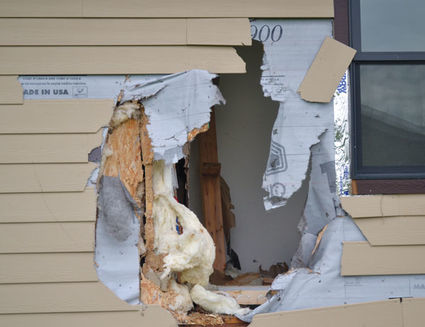 Pictured is the aftermath 1.5 hours after a plane hit a house Thursday afternoon in Whitehall.

The FAA and Montana Highway Patrol are investigating a plane accident Thursday afternoon in Whitehall.

According to Jefferson County Sheriff Craig Doolittle, a plane was apparently taxiing on the runway when it got away from the pilot and ran into a house at 36 S. Centurion Way.

Doolittle stated no injuries were reported.

Look for more information in the September 27 issue of the Whitehall Ledger.