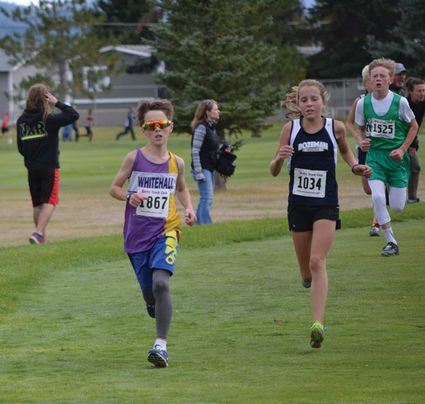 Whitehall's Adam Williams runs in the middle school race at the Butte Invite.

After having their last two meets cancelled, the Whitehall High School Cross Country team was finally able to compete for the first time in three weeks at last Saturday's Butte Invite.

"The weather was great for running. Our kids were excited to compete again," head coach Kerry Sacry said.

Senior Ryan Murphy was the top overall finisher for the boys team. He placed 123rd with a time of 19:50.00. Sacry said Murphy has been working hard since the start of the season.

In the girl's varsity race, Madison Loomis was the top finisher for the Trojans with a time of 23:39.40. Macee Patritti had a time of 25:08.70, and Asha Noyes finished the race at 27:37.00. Sacry said Noyes cut three and a half minutes off her previous time in Twin Bridges.

In the junior varsity race, Beau Wagner of Whitehall finished with a time of 21:58.20, and Hunter Cooper had a time of 32:39.12. Sacry said it was the first time competing at three miles for Cooper and he exceeded all expectations. 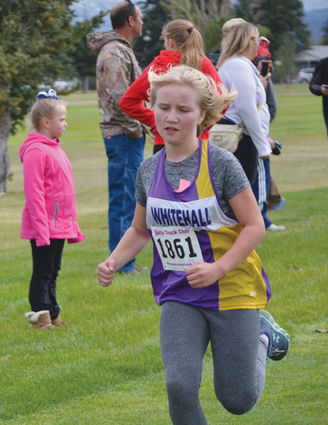 In the girl's race, sixth grader Ashlynn Alley was the top finisher for Whitehall a 97th place finish and a time of 15:36.70. Natalia McElderry (17:53.50) also competed for Whitehall.

The team will next compete Saturday at the Mountain West Invite in Missoula.

Sacry said he is pleased with the runners so far in 2017 performance and they will keep improving. In October, the team has three meets, the first in Helena on October 7. They are scheduled to compete Oct. 14 in Townsend and at state October 21 also in Helena.