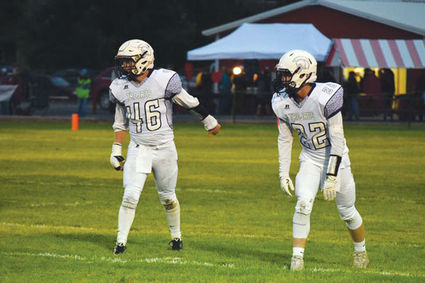 It was business as usual last Friday night for the Whitehall/Harrison High School football team.

The Trojans (5-0, 3-0 Southern B) had five different players find the end zone on their way to a 47-7 victory on the road at Three Forks.

Junior gunslinger Max Feight had a huge night for Whitehall. He finished the evening 21 of 30 passing for 397 yards and four touchdowns. He was also the leading ball carrier for the Trojans with five carries for 60 yards.

"It was really big for us to be able to spread the ball around this week. Max (Feight) did a great job of distributing the ball to his receivers and our backs ran hard," head coach Dan Lacey said.

After scoring just once in the opening quarter on a 15-yard pass from Feight to Cade Briggs, Whitehall found the end zone three times in the second quarter to take a 26-6 lead into the break. Feight connected with Alexander for a 38-yard score that was followed by touchdown runs by Braden Smith (four-yards), and Sawyer Keener (nine yards).

The Trojans would score twice in the third quarter, the first on a one-yard run by Connor Johnson. Feight would once again connect with Alexander for six -- this time a 30-yard scoring strike.

Whitehall would score their final touchdown of the night in the fourth when the dynamic duo of Feight and Alexander connected again, this time for a 15-yard touchdown.

On defense, senior captain Dawson Hoerauf had seven tackles and one sack. Junior Sawyer Keener had 15 tackles and a sack. Kayden Howser had nine tackles, Smith had six, and Devon Woody and Garrison Shaw each had four.

"Our defense had another solid night. We gave up some rushing yards this week on a couple missed assignments but overall I was very happy with our effort," Lacey said. 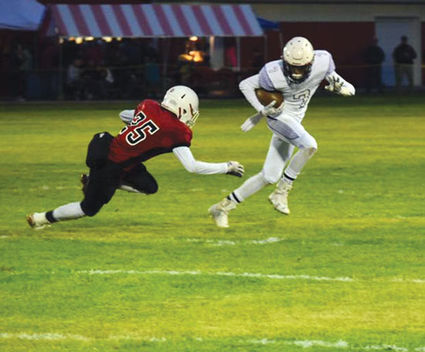 Whitehall will be on the road again Friday, September 29 when they travel to play conference foe Townsend (3-2, 2-2 Southern B).

"We are going to see another three (defensive) front which causes us some fits at times so we are going to work hard to get our offensive line ready for a tough Townsend team. We also are going to focus on making sure we are gap sound defensively," Lacey said. "Townsend's running back and linebacker has been hurt the past couple weeks and should be back this Friday which will help both sides of the ball tremendously. Also they have a solid receiving core which I'm excited to see our secondary match up with. I think this game is going to be a very exciting game to be a part of and I can't wait for Friday night."