Erwin Fulton Hill Jr. (Zack) went to be with his Lord and Saviour Jesus Christ on September 25, 2017. He was the son of Erwin Fulton Hill and Isabel Mayfield Hill, born on August 20, 1936 in Tulsa, Okla., where his parents were living for a short time. His family roots were in Texas and he grew up in Houston.

Zack graduated from San Jacinto High School in Houston in 1954, and boxed as a Golden Gloves boxer while in school. As a young man, he worked for his father Erwin at the oilfield tool business, Gray Tool Company, where Erwin Sr. served as President and CEO. He worked as a roughneck in the Texas and Louisiana oilfields in the late 1950s for his Dad's friend, Texas oilman John W. Mecom. Dad always loved animals, raised parakeets as a youth, and even turned his bedroom into an aviary! He got his start as a cowboy working for friends of the family on various ranches near Friendswood, Texas. He found his true, lifelong identity as a cowboy working at the Mecom ranch near Walsenburg and Stonewall, Colo.

Dad attended several different colleges, became a member of the SAE Fraternity at OSU in Stillwater, Oklahoma, was enrolled at the Corps at Texas A & M, ( he worked under the famous football coach Bear Bryant there) University of Houston, University of Colorado, and graduated from University of Texas-Austin in 1962 with a B. S. in mechanical engineering. While up at Austin he learned to be a pilot, and was a member of the Longhorn Flying Club. He served his country in the U.S. Air Force Reserves at Ellington Field at Houston, Texas.

On June 27th, 1962, Dad married the love of his life, Barbara Scott Adams, a Houston debutante and socialite. Soon after marriage, Mom and Dad moved to Abbeville, Louisiana, for a time, where he used his skills as a mechanical engineer to work on the offshore drilling platforms in the Gulf. His career as a successful entrepreneur began when he started AmBar electronics, which made in-vehicle DC converters, named after daughter Amanda, and wife Barbara. His love for the outdoors, the land, and cowboying brought him to the career of commercial real estate, first working as a broker for the Houston firm, Shindler-Cummins, then achieving success and finishing his career as a Realtor, owner of the Zack Hill Company. It could be said that Dad" retired" at this time, but actually started a whole new chapter in his life.

Dad and Mom became born-again Christians while attending a conference at Pastor Robert Schuller's church in Garden Grove, California in 1976. This marked a real change in Dad's life, which led him to pursue the ministry for a time, with him attending college at Multnomah School of the Bible and Western Seminary in Portland, Oregon. For the remainder of his life, he pursued theological and biblical studies, as well as Constitutional law and legal research. This led to his involvement and passion for the American Patriot Movement. Dad and Mom were early homeschoolers, starting in 1980, basing this choice on religious convictions.

After relocating from Houston to Portland in 1977, Lakewood, Colorado was the next home to raise his family until the summer of 1999, when he moved to Montana, settling in Whitehall. Dad was a resident there until very recently, before moving to Bozeman for a brief time.

Dad always had a strong love for dogs, and enjoyed many rat terriers as companions throughout his married life with Mom.

Erwin Fulton Hill, Jr. (Zack) is preceded in death by his parents, Erwin and Isabel; his brother John Patterson Hill, cousins Stuart Gibson Hill and Richard Rhorer Hill, and numerous aunts, uncles and by his grandparents. 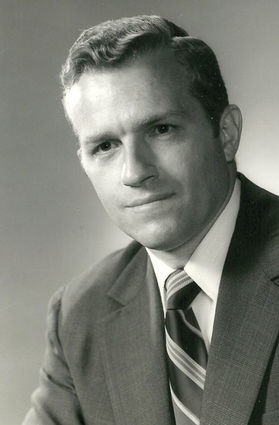