18 to 20 inches reported in Whitehall 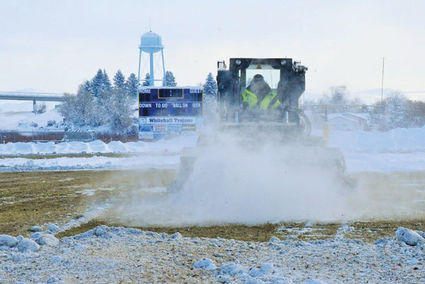 Calvin Johnson helps to plow the football field. School officials reported the winter storm left between 18 and 20 inches on the field.

It was a winter wonderland last week in Whitehall and the surrounding areas.

A fierce winter storm made its way into the Lower Jefferson Valley late last Thursday evening and the snow did not let up until early Saturday morning.

The storm made things difficult at Whitehall High School, who was playing host to Saturday's MHSA Class B quarterfinal football matchup between the Trojans and Shelby. School officials reported they removed between 18 and 20 inches from the football field. On both November 3, and prior to the November 4 game at 1 p.m., a crew led by Calvin Johnson helped clear the...