Oliverson signs with University of Nevada 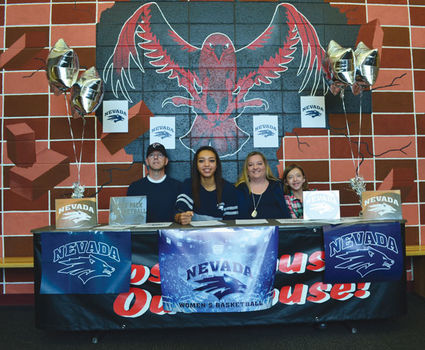 Kailee Oliverson is pictured with her family after signing a letter of intent to play basketball for the University of Nevada.

Kailee Oliverson, a resident of Cardwell and senior at Twin Bridges High School, signed a letter of intent November 8 to play NCAA Division 1 basketball at the University of Nevada.

A two-time all state player, Oliverson has averaged 16.3 points, 7.7 rebounds, and 3.4 blocks over her three year high school career.

"Kailee is an exceptional person, student athlete, and basketball player. I have had the privilege of coaching Kailee for one year in which she led Twin Bridges to a 27-1 record," Twin Bridges head coach Josh Keller said.

A three-sport star, Oliverson has won a state track title i...