His parents were Dr. Terril Casebolt and Virginia Scott-Casebolt. He married Darleen Kramer on December 23, 1952. They were married 65 years until his death.

He had one sibling who preceded him in death, Juliana Casebolt-Shaw.

Raised in Missouri, Dave moved to Montana as a freshman in college with his family who bought a doctors clinic in Bozeman. He obtained a Bachelors of Science in agriculture with an emphasis in dairy production from MSU. He graduated March 20, 1954. During this time, he was part of the MSU gymnastics team. He wrote a history thesis and was honored by Montana Power with a banquet in Bridger Canyon. This paper was also later published in the Bridger Canyon Women's Club cookbook. He was on the MSU Cattle Judging team. He was also in an Ag fraternity at MSU.

Dave spent winters with friends snowshoeing through Yellowstone Park and had planes drop paracargo supplies for them while traveling. He spent a summer train hopping and playing music across the country with his friend Homer (who passed away in November).

Several years later he returned to get his teaching degree and graduated in December of 1978. He used his degree to teach on several reservations around the state of Montana. Dave started the Fort Belknap 77A and got the school a grant for a tractor to garden and farm, and to build a mechanic and tire shop for the Native children. He loved Native American people he worked with and their culture.

Dave started and helped build the Baptist Church in Whitehall.

Since he was an Eagle Scout and they had a troop of their own with five boys, they wrote the Boy Scouts and started the first troop in Whitehall. He spent several summers taking the troop camping throughout Montana.

Other jobs held by Dave were a Dairyman (in Idaho, Nevada, and Kentucky). He worked at Warm Springs with the Ag and dairy department for the mental facility. He also worked in the Stewart Mine in Butte, as a janitor at the Cardwell School, in the livestock yard in Three Forks and was the caretaker of the Cardwell Cemetery for several years.

Dave was always a cowboy and avid outdoorsman. He always owned and loved his horses and his boxer Shaq. He loved to draw cartoon, and read and write about local history.

He was the kind of person who could befriend anyone and was always striking up a conversation everywhere he went. Dave always had a smile.

He lost his battle with dementia, but still remembered his wife up until the day he passed away. 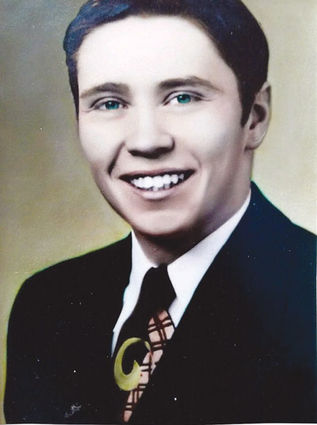