After a long battle with cancer, the soul of Glenda Yvonne Scheuffele (Beyer) was called home on the morning of December 5, 2017.

She was born May 18th 1943 to Ervin and Violette Beyer in LaMoure, ND. She was raised on a farm near Jamestown, ND, where she met her husband of 55 loving years.

She was a faithful member of the Church of Christ in Butte MT as well as Whitehall MT, who always had words of encouragement and inspiration for both old and new members. She was a homemaker, mother, and wife. She worked in cafes such as Martha's in Butte and Borden's Hotel in Whitehall. Some of her favorite-hobbies were bowling, sewing, cooking, gardening, and watching the Denver Broncos play football, but her passion was reading and teaching the Bible. 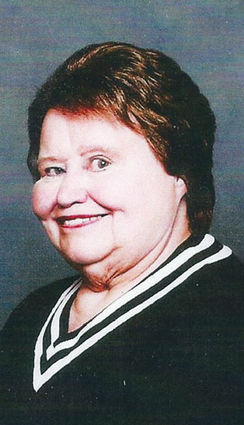 She will be dearly missed by all who were privileged to know her.

She is survived by her husband, Harry Scheuffele her 3 children, Sherry (Richard) Putman, Terry (Michele) Scheuffele and Tim (Stacey) Scheuffele. She also leaves behind a twin brother, Gary Beyer, Vernon Beyer, and brother and sister in law Bill and Vivian Gilman. She had 15 grandchildren and 9 great grandchildren.