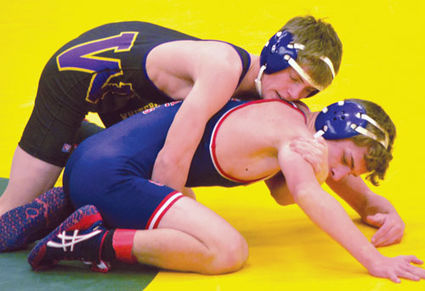 Sophomore Mike Wilkinson competes earlier this season for the Trojans.

All nine of the Trojans wrestlers competing were able to pick up a victory in a varsity dual victory over Anaconda. Eight of the wrestlers won by fall.